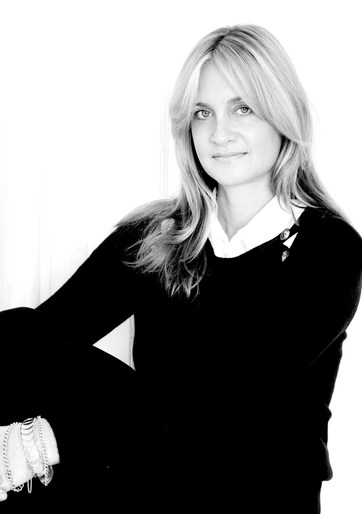 "Eminently Wearable" would be the perfect way to describe the looks that Robin Fredriksz gives her A-List celebrity clientele.  On-screen, she has transformed the likes of Cameron Diaz, Reese Witherspoon, Cate Blanchett, Natalie Portman and Kate Hudson into their most memorable (and beautiful) characters.  Off screen, she has created some the most coveted red carpet looks of the decade as her substantial press in every major magazine's beauty section shows.  Whether she is contributing to a film or prepping actresses for the red carpet or a magazine cover, Robin works to elicit her clients' inner beauty.  The way Robin sees it: there is nothing more compelling than a woman's inner beauty.

Whether it's a lilac lip and bold lashes for Drew, or an ethereal palette of neutrals on Cate, Robin is known for perfectly finishing a look.  As she explains, "makeup is the final touch that produces that feeling of sensuous confidence."  One often sees this confidence emanating from Robin's clients; women whose identities are enhanced, not masked, through makeup.  It is this feeling that is also seen reflected over and over again in the press' adulation of Robin's work.  In addition to working on some of the most heralded films of the past decade, Robin has also keyed makeup for major commercial campaigns, including Target, Coca-Cola, Nike and Chrysler.  Robin imparts every aspect of her career with her warmth and professionalism.

What sets Robin apart from other makeup artists is her focus on the human element of her art in contrast to artists who are merely fashion obsessed.  Robin views her craft as a creative and relationship building endeavor.  More often than not, once these heavily lauded actresses are finished shooting for the day, they ask Robin to touch them up rather than remove their makeup; which for Robin, is the most gratifying endorsement of her abilities.  She is inspired most by true talent and by the individual stories that women have to tell.  For Robin, then film industry is like a family - it is a way of collecting lifelong collaborators and friends.

After enjoying a career working with so many talented actresses, Robin wants to bring her philosophy of "wearable inner beauty" to women everywhere.  She is inspired by the fact that today's retail beauty market brings an unprecedented array of color palettes and expert formulations to women all across America at affordable prices - whereas such range and diversity of product was formerly only available to professionals.  Robin would love to explore opportunities to utilize this synergistic moment in product development and retail expansion to bring her philosophy of beauty to women in a more meaningful way.  She is committed to, as she puts it, "making women look and feel their absolute best."